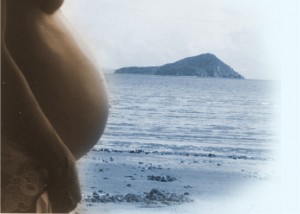 Birthspirit’s Waterbirth Workshop provides the opportunity to establish and/or enhance evidence-informed practice around the safe and effective use of water during labour and/or birth). It is designed for health professionals but it is anticipated that women exploring the waterbirth option will also find it informative.

It is suggested that the two Lectures (narrated by Dr Maggie Banks) are viewed first as the context of the other components of the Worskhop are referred to in these. Please note, the ‘Leave a Reply’ at the bottom of this page replaces the Discussion Forums referred to in the Lectures.

You will get most out of this workshop if you take time to reflect on each of the resources and share your confusions and insights with others, for example:

Harper B. (2006). Guideline for a safe water birth Accessed on 16 February 2017 from https://wi.memberclicks.net/assets/documents/Guidelines%20for%20safe%20Water%20use.pdf.

Johnson P. (1996a). Birth under water – to breathe or not to breathe. BJOG: An International Journal of Obstetrics and Gynaecology, 103(3): 202-208. Paul Johnston was a Consultant Clinical Physiologist when he wrote this classic article on why healthy newborn babies do not breathe underwater.Last accessed 8 February 2017.

Tirumalai Kamala. Is giving birth in water bad for the development of the child’s immune system? Last accessed 17 February 2017. Tirumalai is an immunologist with a PhD in mycobacteriology.

This is an interview with Barbara Harper, waterbirth pioneer, midwife and owner of the Waterbirth International website. From 30 seconds to approximately 9 minutes, she discusses her personal history and beginnings with waterbirth. From 14 minutes on (after discussing her book), she talks about the growth of waterbirth, particularly in the USA.

Cora’s movie is a good example of uninstructed, physiological pushing.

This movie clip shows infants less than 6 months of age exhibiting the diving reflex when under water.

The birth of Ibis movie shows physiological birth, including the placenta, in a family context.

This is an oral birthstory shows waterbirth as part of the whole birthing experience.from a waterbirthing woman. Told at the Midwifery & Birth Conference in Captown in 2014.

Barbara Harper discusses waterbirth and natural birth in US hospitals. Reflect on how you can ‘normalise’ midwifery care within medically dominated hospital birthing environments.

The recorded Live Classroom movies are currently being edited and will be added to this post when available.

Don’t forget, become a Friend of Birthspirit if you can.