Throughout New Zealand (NZ), it is taken for granted that a midwife needs to be involved throughout the continuum of care of a pregnant woman. From our formal educational beginnings as midwives, we are taught that for well women, pregnancy, birth and mothering are healthy physiological processes. Giving substance to this belief, it is incorporated into the philosophical statements and brochures that inform of the midwife’s service; health and ‘normality’ are in the promotional and professional materials of the New Zealand College of Midwives (NZCOM), and the concept is argued by midwives in forums where maternity services are defined.

What evidence do we have that this ‘talk’ is being ‘walked’? Is birth proving to be less injurious for women than it was 24 years ago? When a woman engages a midwife, can she assume that she will receive midwifery care that is in line with our ethical underpinning of not interfering in normal pregnancy, birthing and mothering processes? In discussing these issues in this post I will focus on birthing. 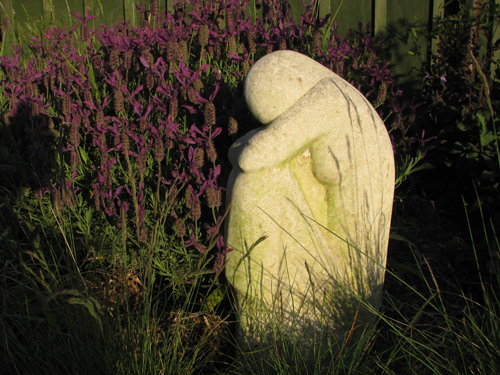 The Ministry of Health’s (MOH) Obstetric Procedures 1988/89-1997/98 report was released in 1999, nine years after midwifery autonomy was re-instated in New Zealand. The report detailed statistics on caesarean sections, forceps deliveries and vacuum extractions, inductions of labour (both medical and surgical), episiotomies and epidural anaesthesia. The induction of labour rate had quadrupled during the ten years of scrutiny and was 22.1 percent nationally for the 1997/98 period (p. 20). That rate was over twice that which the World Health Organisation (WHO) indicates as appropriate for any region, that is, not more than 10 percent Wagner (1994, p. 149). The national caesarean section rate of 18.2 percent in the 1997/98 period MOH (1999, p. 20) showed an over 64 percent increase over the ten year period Wagner (1994, p. 5). That rate was two to three times higher than that which was seen as the ‘ideal’ (between 5.0-8.4 percent) MOH (1998, p. 59). The authors noted that at least 50 percent of these caesareans occurred unnecessarily as there was no ‘clinical’ reason evident for the operation MOH (1999, p. 28).

So what of the women who did not have caesarean sections, forceps and vacuum extractions – the births that are classified in the data as “other manually assisted deliveries” (read: ‘normal’ births)? The birthing for these women may, or may not, incorporate the procedures of medical induction of labour, artificial rupture of membranes, epidural anaesthesia, episiotomy, manual removal of the placenta and perineal stitching; the way statistics in NZ are published does not allow for linking of interventions to any individual situation. In the 1996/97 year, there were 60,264 of these procedures performed on a total birthing population of 57,180 women. No one knows how many of these procedures were performed on the 67.17 percent of women who had what are whimsically known as ‘normal’ births cited in, Banks (2000, ppp. 30-33).

Fast forward to the Report on Maternity 2010 MOH (2012), the most recent published national births data reported in NZ – a caesarean rate of 23.6 percent, 19.8 percent induction of labour. 24.9 percent epidural anaesthetics,and a 65.0 percent ‘normal’ birth rate. These statistics continue to confirm both the injurious nature of birthing in NZ and that a medical model of maternity care predominates overall, with induction of labour and caesarean section rates alone so disparate from WHO recommendations.

We could dismiss the increasing medicalisation of birth and say NZ is simply following the rest of the western world as childbirth becomes increasingly medicalised. There could be some merit to this option. It is neat, painless (for maternity providers only) and it avoids the discomfort that may arise with honest reflection within the professions. What these data make clear is that there is a very great gap between the midwifery ethos and the reality for childbearing women and babies in New Zealand.

Every time a woman in childbirth undergoes an unnecessary intervention, there is a chain reaction of events which is set in motion:

We cannot determine cause and effect from the statistics but when 91.6 percent of the 2010 women  registering with an Lead Maternity Carer (LMC) in pregnancy had a midwife as their LMC at the time of birth MOH (2012, p. 54) it does beg the question, ‘what was the midwifery role in interventions?’.

The choice of truths

How common it is to hear that many of the unnecessary interventions in childbirth are “women’s choice”. But, how many actually put forward the ‘truth’ about medicalised childbirth to inform women about these choices?

It has been said, “we don’t want to frighten women” by telling them what an induction of labour, epidural, foetal scalp electrode application entails. I suggest women are already very frightened with such high levels of interventions in the maternity service.

Midwives frequently talk about “popping in” or “popping on” invasive technologies and procedures, for example, “popping on a monitor”,  “pop in an IV”, “pop the waters” and so on. We need to reconsider the information we, as midwives, give women about procedures. How many would “just pop on a scalp clip to monitor the baby” if they had to say:

“I am now going to take this twist of wire and imbed it into your baby’s exquisitely sensitive skin. This is a technology that has been proven to diminish the likelihood that you will birth normally. It’s possible that you or your baby could get infections, cuts, scalp abscesses for the baby and electrical burns, but don’t worry, we have antibiotics which may work and help fight some of the infections, the cuts can be stitched and will heal in time and we have plastic surgeons to do skin grafts if need be.”

If we moderate invasive and dangerous technologies by couching them in euphemistic terms, we mute women’s ability to comprehend the very real potential for injury. As Dr Michael Watt, a District Officer of Health back in 1917 questioned – “Would it [Twilight Sleep] have gained any popularity if it had been termed ‘the Dope Delivery Method’ or ‘the Half-Dead Baby System’?” cited in, Mein Smith (1986: p. 83). The spirit of that question is as pertinent today as it was over ninety years ago. Would well women ‘choose’ convenience inductions of labour, electronic foetal heart rate monitoring, artificial rupture of membranes, narcotics, epidurals, arbitrary time limits for the completion of labour if they were asked, “are you ready for us to start the Cascade of unnecessary Intervention?” That is the reality with all the procedures mentioned above for well women; they either have no proven benefit or alter the course of physiological labour and have proven (sometimes considerable) harm for well women and their babies – they are part of the Cascade of unnecessary Intervention.

There are many ‘truths’ in the world but, in NZ, if we offer a midwifery service, the truth we position ourselves in is that for well women birth is a healthy life event unless proven otherwise which needs support rather than medical procedures to ensure safe outcomes.

The choice to stand

To rescue healthy birthing from this point of near extinction can be a daunting task. Yet we have precedents, such as the rescue of home birth from near extinction when in 1973 only 13 home births were recorded throughout the whole country by the then Department of Health Banks (2007 pp. 67-68). In 1996 the rate stood at a healthy six percent of the total birth population Midland Health Funding Authority (1998, p. 57) and could have been at least 10 percent if women were able to access the service National Health Committee (1999). And of course, against all odds, we have the survival of the midwife, with her return as the rightful professional companion to women during the childbirth continuum.

The idea of rescuing something from near extinction is energy draining, isolating and painful. And it is, if one acts alone. However, if supported by your midwifery partner, Collective, other midwives in your work area, midwifery managers in your unit or hospital and NZCOM – then we are talking about building an impenetrable wall of protection around the healthy process of birthing. It is this collectivism which needs to be incorporated into our practice, no matter whether we are home birth midwives or working in the hospitals. We must enact a collective resistance to unnecessary intervention and stop doing the harmful bidding of the various institutional policies and caregivers. Each act of resistance to our continued participation in medicalised childbirth shores up the foundation of midwifery, so the role of the midwife becomes synonymous with the ethos of no unnecessary intervention in ‘normal’ birthing. The beginning step, however, requires a commitment from each individual midwife to stop intervening unless there is an ill health or abnormal process indicator to do so.

The choice to break the silence

Women in New Zealand have continually suffered through protectionist policies (risk management) within women’s health services. The silence of the medical profession in protecting its own has been repetitious and is ongoing. We need look no further than the 1988 Cervical Cancer Inquiry to know that if we are to go beyond a lip service of peer review, we need to ask the hard questions. Midwifery silence about unethical and interventionist midwifery practices is equally self-serving and signifies a significant shift from historical rhetoric that ‘midwives are the guardians of normal birth’.

We need to individually, and collectively (the latter through Midwifery Standards Review process), address the issue of inappropriate midwifery practice when repetitiously confronted with it.

Medicalised birth is very complicated. The practice of ‘real’ midwifery is not. It is just about ‘being’ with women and assisting her and her family by vigilant listening, looking, feeling, touching, thinking, sharing, understanding and/or accepting the knowing or the ‘not knowing’ Pelvin (1996): pp. 15-16. Sure, there will be women and babies who require additional services because of ill health or some event in labour, but we know those women should be, and would be, no more than 10-15 percent of our birthing population if respect for birth as a healthy life phase guided maternity professional actions.

Here we stand, nearly 2.5 decades after the return of legally sanctioned autonomous midwifery practice. There are many ‘good news’ stories to celebrate NZ midwifery but none of these disguise the reality that birthing without intervention in NZ has become endangered. If we verbalise the belief that birth is potentially a healthy experience we need to ensure that midwifery actions universally reflect that belief.