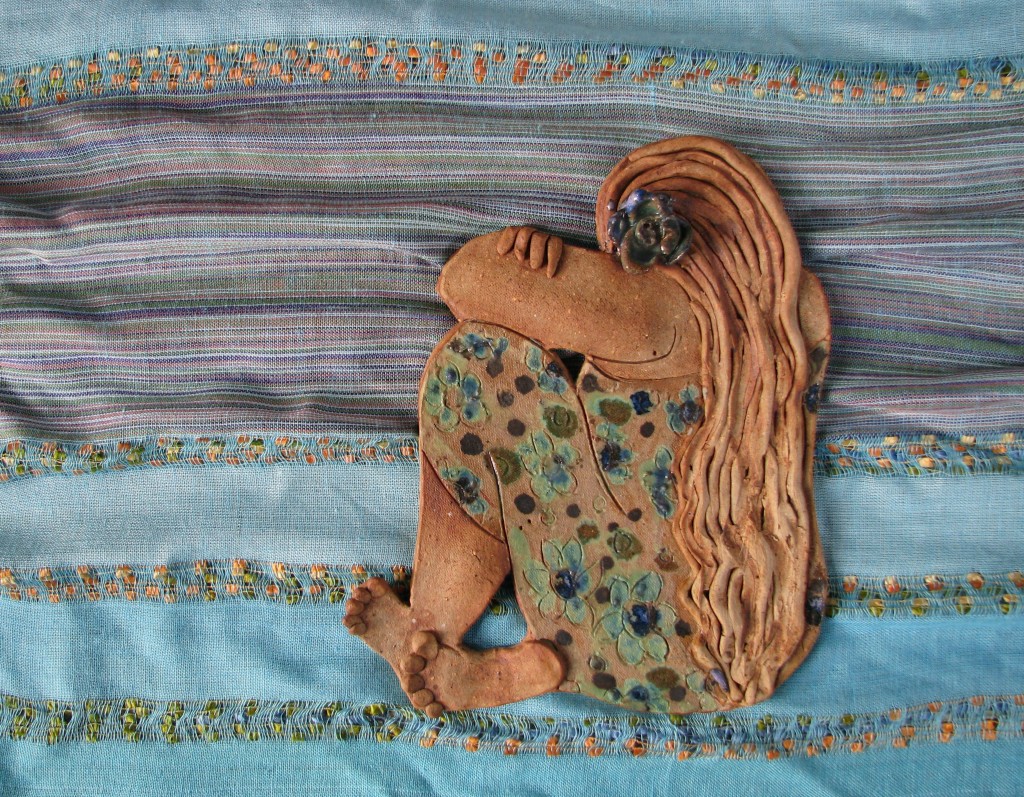 I once ran across a greeting card which sums up my thoughts about the confirmation of pregnancy. On the front was a picture of a baby and the words “the world’s first 100% accurate greeting card pregnancy test”. Inside was written, “Step 1: Pee on this card. Step 2: Throw this card away. Step 3: Wait for 9 months. If you have given birth, you were pregnant.” While the instant and highly accurate results of technological pregnancy confirmation are undoubtedly useful in some situations, I feel that the elements of uncertainty and time inherent in an inner ‘knowing’ of pregnancy may play an essential role in the process of becoming a mother. Much has been written about the use of technology to offer screening and diagnostic testing in pregnancy, and where women’s knowledge of their bodies and their babies stands in relation to this external voice. The widespread use of technological pregnancy confirmation is inseparable from the greater epidemic of technological testing in pregnancy. I wish to raise the possibility that exclusive reliance on such technological ‘knowing’ may limit our opportunity to engage in the inner process of change and growth that is part of becoming a mother. I explore these ideas within the context of my own experience as a mother, through issues that arose during my two pregnancies. What follows is therefore to be received as one woman’s story; I have undertaken no research to gauge the attitudes of other women on this subject, nor am I privy to the dynamics which underlie their attitudes or motivate their actions.

My daughter was conceived with intention during the first month of inviting a child to our family. I knew I was pregnant when I missed my period. A few weeks into the pregnancy my partner went overseas for several months. Shortly after he left, when I was about six weeks pregnant, I began to have spots of bleeding. Sometimes the blood was bright red, sometimes brown. It was never much, just enough to require a pad.

I felt shattered. My dreams seemed to be dissolving, and I found myself nearly overcome with sadness and self-pity. Being a conscientious student midwife, I immediately went to my textbooks and ascertained that I was experiencing what could be classified as a ‘threatened miscarriage’. I was aware that I could approach a midwife or GP to check the levels of my pregnancy hormones, or even to arrange to view the baby by ultrasound scan. I had the possibility of ‘knowing’ whether my baby was alive or dead, but I felt unequal to facing that knowledge. Firstly, even if tests were to reassure me that my child appeared to be thriving, they would not necessarily be able to explain my bleeding, or guarantee the healthy continuation of my pregnancy. On the other hand, if testing were to confirm that my child was in fact dead, and my body was simply taking its time to pass the little body and tissues, I thought my heart would break. Without the support of my partner, I felt vulnerable to the harshness and inevitability of such a diagnosis, and chose not to pursue any testing. In choosing not to try to ‘know’, I found gentleness in uncertainty. Hope and despair could co-exist side by side. On the days when the bleeding was brown, I felt buoyed by hope that my child was healthy. When the spotting returned to red, I would become sobered again with the possibility that she was dying or dead.

I slowly moved away from seeing this as my journey alone; it was the destruction of my dreams of motherhood that were causing me the most pain. For my child, the stakes were higher: it was a matter of living or dying. Over a period of weeks, I came to know that this was her journey. I felt acceptance of the possibility that she might die, while still allowing myself hopes of her wellbeing. I came to love and accept her on her terms.

The spotting continued, with occasional clear days, for more than six weeks. After the initial shock wore off, and it became clear that nothing was happening fast, I began to relax more. Finally, when I was nearly twelve weeks pregnant, I began experiencing nausea and vomiting. I cannot express how I welcomed these signs of pregnancy! Finally, when I was nearly fourteen weeks pregnant the spotting stopped altogether, but by that stage I was confident of my baby’s wellbeing by virtue of vomiting and pronounced breast changes. My pregnancy continued normally, and, aside from daily vomiting until twenty weeks gestation, was a joy. I gave birth at home to a gorgeous healthy baby girl.

After nearly three years of breastfeeding my daughter, I began to experience occasional and erratic spotting over a period of about six weeks. I assumed (rightly) that my body was finally preparing to ovulate and menstruate again. After such a long time without a fertility cycle, the possibility of conception felt abstract. I was interested in using the fertility awareness method to prevent pregnancy, but was preoccupied, and did not bother to resume charting my fertility signs. Nothing followed that initial period of spotting. At first I thought nothing of it, assuming that my hormonal balance had simply swung back towards lactational amenorrhea. Ever so slowly, however, the idea began to grow that I might be pregnant. While my partner and I were both keen to have another child at some stage, I had just qualified as a midwife, and had a strong desire to work for several years before taking a break for a new baby. I was horrified to even think that I might be pregnant, so fixed were my plans. Despite my internal anguish in supposing the possibility of pregnancy, I had no desire to confirm or refute that possibility using a pregnancy test (though I was carrying some in my own kit!). I recognized that abortion was not an option for me, and adoption was not an option for my partner. There was therefore nothing that I would be ‘doing’as a result of ‘knowing’ of the pregnancy.

Mirroring the experience of my first pregnancy, I found comfort in uncertainty. Once again, hope and despair lay together within me, this time attached to opposite outcomes. I prayed not to be pregnant, and dreaded to find myself so, which would require a rearrangement of my so-precious plans. Over a period of several weeks I began to see the situation in a new way. I was forced to acknowledge the hypocrisy inherent in my resistance to the possibility of pregnancy; I was so determined to spend my time helping other people welcome their babies with gentleness and love, that I was unable to find it within myself to do so for my own child! As I firmly believe that babies in the womb are affected by their mothers’ emotional state, I could not deny that, if I were indeed pregnant, I would wish to protect my child from such a hostile reception. I began to find myself wanting to offer the best I could manage for what was still, up to this point, a hypothetical child. I had finally accepted the idea of this child, and within a few days I began to experience nausea and fatigue. The hypothetical became real – I knew I was pregnant. A healthy pregnancy flew by, and I gave birth at home to a beautiful baby boy.

I do not pretend that my adjustment and acceptance of the pregnancy was entirely smooth, and new pockets of resistance surfaced through the pregnancy, and even after the birth. But my fundamental agreement to do my best for this child supported me, and I acknowledge those challenges as part of my relationship with my son. Some might argue that, had I taken a pregnancy test when I first conceived the possibility of pregnancy, my emotional adjustment might have been faster. With sure ‘knowledge’of pregnancy, perhaps I would have seen my child’s perspective sooner and willingly relinquished my resistance. Perhaps such a scenario would support some women’s inner processes, but for me emotional change occurs in its own time. Had I been sure of my pregnancy before my attitudes had time to evolve, I suspect my anger and frustration would have been magnified and directed at my child. By avoiding a technological confirmation of pregnancy, I believe I was subconsciously protecting my son from an experience of total and unalloyed rejection.

Several commonalities run between these two very different pregnancy stories. In each, the state of not ‘knowing’ allowed the time and space for emotions to change and new awareness to grow. In both cases physical signs confirmed my pregnancies once the intense period of emotional upheaval was resolved. I stand in awe of the process that allowed me time to feel, before I could not help but ‘know’. I value my experiences in the early stages of both pregnancies for offering me greater self-knowledge, and helping to prepare me for the task of mothering. I fully acknowledge that every woman’s path is different, but I wonder how much of our inner journey we deny by turning immediately to technology to bring knowledge of our pregnancies.